July 1, 1993
U.S. Army Corps of Engineers have their first meeting in nine years, Iowa Great Lakes region is sandbagging instead of preparing for Independence Day, worst flooding since 1984 predicted for Polk County, City officials in Davenport order hundreds of people from their homes and there is flooding along the Mississippi River. The first floodings all around Iowa have started and Des Moines will soon be the largest city ever to be left without water in American history.

“This, I’m convinced, is going to be the worst flood ever for Iowa.” ~ Terry Branstad

Ten days later – one day after some lakes were rising at an inch every 15 minutes for a while and water began pouring into the Jasper County Fairgrounds – the water supply is shut off. In the course of those days, Bon Jovi played a concert giving everyone who filled at least three sandbags a free ticket, Independence Day Celebrations gave way to the seemingly infinite act of filling sandbags, former President Clinton visited, businesses were closed, roads covered, crops ruined and many homes soaked. There had been rain somewhere in Iowa for 37 of the last 40 nights, more than 5,200 homes were evacuated, U.S. Highway 30 was closed, the Grand Prix called off and Iowa State University has canceled all summer classes.

The following day, Monday the twelfth of July, truckloads of water supplies – distributed by Hy-Vee, Dahl’s Food Mart and Casey’s – haul to central Iowa where people are now not only left without water, but also electricity. Many levees break. Only 35% of levees in Des Moines are strong enough to hold back the water and on account of this, a fourth of Des Moines’ population gets evacuated.

24 hours later, most parts of central Iowa have electricity again, the water situation, however, stays unimproved. As a consequence, over 300,000 central Iowans without water connection form the central question about whom to actually blame for the failure of the Water Works system. Des Moines Mayor Pat Dorrian questions Water Works Manager L. D. McMullen who defends his handling with the argument that he relied on the weather forecast.

By Wednesday – July 14 – a total of 7,500 people were evacuated and 7,200 homes and businesses – among those the Des Moines Fire Department – are left without water. Those who still have a working water connection are required to limit their consumption by 80%. 2,071 National Guards are on duty throughout the state and a cell block in the women prison in Mitchellville was cleared out for 240 male inmates from the evacuated Polk County Jail. The flood damage in Des Moines alone is estimated to be more than $250 million.

On Thursday, a very positive McMullen proclaims the water would likely return in three days, but the process ultimately takes more than twice as long. During this week with too much rain, but too little clean water, trying to get from the south side of Des Moines to the north side or downtown becomes a real event and five minute drives take an hour or even longer.

Simultaneously, the first attempt to restart the Water system fails and the Sunday Edition of the Des Moines Register needs to be printed at the World Street Journal’s plant in West Des Moines. A fire breaks out at Eagle Iron Works and due to a waterless Fire Department, 36 square blocks have to be fully evacuated. In total, Iowa has now suffered at least 2.7 billion dollars in flood damage and although Clinton is working on a suitable aid package, farmers are expected to only collect 21 cents for each dollar in damage with the current one.

Finally, on Thursday July 22, the repeatedly postponed second attempt to get the Water Works’ backup pumps working again results in a success. Starting at 9:30am, Zone A – including downtown Des Moines and much of the city’s eastern part – gets the allowance to turn on their taps again, the other three zones follow throughout the day. The Des Moines Fire Department can work again, businesses reopen, the level of the Raccoon River is falling and the Des Moines River stopped rising. Altogether, the pumps treat 40 million gallons of water – only five million less than on an average day. After 22 stressful and disastrous days, Iowa is able to see light at the end of a flooded tunnel.

Despite the good news, looking forward is as hard as ever before. Of the 2.7 billion dollars damages resulted from the floods in the whole state of Iowa, $700 million arose only in Des Moines. And given the circumstances due to which “hot heads” could potentially blame Waterworks Manager McMullen, he now – on order of the police chief – always has an armed guard around him. A former employee had been harassing McMullen by phone, this however didn’t frighten him, as he said. Apart from some “hot heads,” many people appreciate McMullens work and give him thank you-calls.

Although most of the dangers in Iowa are swept away by now, July 24, the first floodless Saturday in three weeks, marks the date of a tragic occurrence. It is the day on which the flooding takes it’s fifth life. Late in the evening, a car travelling on a county road near Eddyville, is swept into the flooded Des Moines River. The driver – who is never seen again – assumedly drowned. On the whole, the floodings take more than 40 lifes in the whole Midwest.

The 1993 flood was by far the most devastating one Iowa has ever experienced. Not only did it attract national attention and make Des Moines the largest city ever to be left without water in American history, but it also caused damages worth more than several billion dollars, many injuries and even deaths that we should never forget. It was a dramatic event in Iowa’s history which could only be coped with because of the many friendly and accomodating people who so kindly and selflessly volunteered to sandbag, evacuate, rebuild, etc. Today, Iowans are still highly thankful for those people and due to that, the Floods of 1993 should be remembered as a sign of the power a community can have when people hold together and fight for one goal as a team rather than just simply as the disastrous and conflicted month it most definitely was. 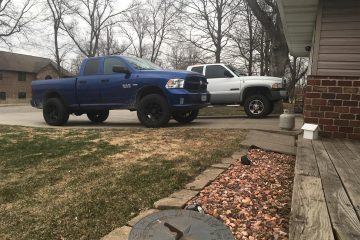